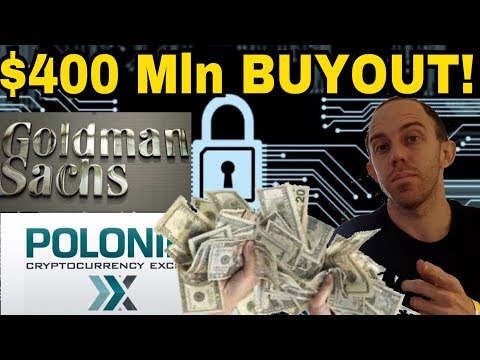 Link to January's list Crypto moves way too fast for me to keep up, so I started making a list of each day's biggest headline. Below is my list for last month. My main news source was reddit. My main holdings are ETH and NANO, but I tried to make the list as unbiased as possible. Starting next month, I plan on including a source for each headline. Hope you like this, and let me know if you have any feedback!
2/1 - The Proof of Weak Hands smart contract is hacked, resulting in the theft of over 800 ETH. 2/2 - Nano trading opens on OKEX and Binance at the same time. 2/3 - Vitalik Buterin donates $2.4 million in Ether to the SENS Foundation to research therapies against age-related diseases. 2/4 - Days after Facebook banned cryptocurrency related ads from its website, Chinese search engine Baidu and social network Weibo do the same. 2/5 - China bans citizens from accessing foreign crypto exchanges and large western banks ban crypto purchases with credit cards as regulations around the world tighten and the crypto market cap falls to 50% of the all time high. 2/6 - CFTC chairman Christopher Giancarlo advocates a “do not harm” approach to cryptocurrency regulation (and gives a shoutout to hodlers) in his testimony to the US Senate Banking Committee. 2/7 - IOTA announces the IOTA Ecosystem Platform, which will house educational and developer resources, pair up organizations with developers, and support hackathons and philanthropic initiatives. 2/8 - Technical issues with Binance’s database cause it to go down for over 24 hours for maintenance. This leads to accusations by several members of the crypto community, including John McAfee, that the exchange was hacked or is exit scamming, which are debunked by Binance staff. 2/9 - A team of programmers for MyEtherWallet break away to form MyCrypto, hijacking MEW’s Twitter account and causing confusion in the process. 2/10 - Chat logs between the Nano core dev team and BitGrail reveal that the exchange has been insolvent for several months due to critical software issues. Deposits and withdrawals remain frozen. 2/11 - Kyber Network’s decentralized exchange goes live. 2/12 - ICON partners with biometrics tech company Raonsecure to develop a blockchain based identity authentication system. 2/13 - Washington Post’s head of innovation Jarrod Dicker announces he is stepping down to become the CEO of Po.et. 2/14 - Prices across the market rise as the Central European Bank and the South Korean government backpedal on their threats to regulate or ban cryptocurrency. 2/15 - Coinbase issues continue as users report random, unauthorized withdrawals from their linked bank accounts, leaving some with overdrawn accounts. Coinbase confirms the reports and begins to rollback the transactions. 2/16 - Visa issues a statement clarifying that the unauthorized transactions are not the fault of Coinbase. 2/17 - The CFTC urges investors to avoid crypto pump-and-dump schemes and offers a bounty to whistleblowers of such groups. 2/18 - Pro gaming team NRG utilizes Enjin Coin in their fan rewards system to educate their followers on blockchain technology. 2/19 - The Wyoming state senate proposes a bill that would exempt cryptocurrencies from tax considerations. 2/20 - OmiseGo signs a deal to produce both a payment and identification system for the Thailand government. 2/21 - Venezuelan president Nicolas Maduro announces that the first round presale of the Petro, the country’s new oil-backed cryptocurrency, has raised $735 million. 2/22 - Robinhood’s Bitcoin and Ethereum trading platform goes live in 5 U.S. states. 2/23 - Coinbase completes implementation of full Segwit support on GDAX to reduce Bitcoin transaction times and fees. 2/24 - TD Bank becomes the latest large bank to ban cryptocurrency purchases with credit cards. 2/25 - During a meet with Sberbank, Russia’s largest bank, Vladimir Putin stresses the importance of staying ahead of the curve in blockchain technology. 2/26 - P2P payment tech company and ex-Bitcoin purchasing service Circle, which is backed by Goldman Sachs, acquires cryptocurrency exchange Poloniex for $400 million. 2/27 - In a Reddit AMA, Microsoft founder Bill Gates condemns cryptocurrency, saying that it is a rare technology that directly causes deaths, and that investing in an ICO is extremely risky. 2/28 - OmsieGo releases its open source e-wallet software development kit (SDK) which allows developers to integrate OMG wallet services into websites and phone apps.

Next Review New Cryptocurrency Research Shows 7 Out Of 10 American's Feel “Uncertainty” Regarding Bitcoin Bitcoin Exchange Guide News Team B.E.G. Editorial Team is a gracious group of giving cryptocurrency advocates and blockchain believers who want to ensure we do our part in spreading digital currency awareness and adoption. Circle believes there is a need for regulation in the crypto market ecosystem so the Goldman Sachs-backed firm has decided to partner with a compliance and surveillance entity called Nice Actimize ... Bitcoin maske Full ‘Circle’ : Goldman Sachs Backed Startup Launches Stablecoin Cryptocurrency On September 26 th , Circle announced the release its new stablecoin USD Coin (USDC), which will begin trading on Circle’s Poloniex exchange immediately . For the time being, he is only against the Binance-Token BNB, as well as Bitcoin (BTC) and Ether (ETH) interchangeable. A TUSD to be in accordance with its properties as a Stable Coin exactly as much as a US Dollar value. To be able to him in the future on the Partner platforms to acquire, you need to identify users in accordance with the KYC and AML requirements. Then you can send US dollars ... Goldman Sachs has invested in a couple of blockchain companies and also a crypto-based company Circle. It was also carrying research on developing its own Bitcoin-like cryptocurrency backed by fiat currency. Many wonder what led Goldman Sachs to settle these views on BItcoin. Wrapping it Up!! Goldman Sachs has triggered a virtual war with the crypto space by terming them as non-assets. Many ... Goldman Sachs Strategic 180 Degree Shift. Goldman Sachs told that cryptocurrencies like Bitcoin are not asset classes on which one can invest in developing fiat-backed cryptocurrency. In fact, a new update is making headlines that the Goldman Sachs New Digital Asset Head, Mathew McDermott is a London based Repo Trader. Circle funded by Goldman Sachs. Goldman Sachs has invested in circle in multiple stages. Also, circular investors make it easier for the investors to invest in the cryptocurrency market. Table of Contents New feature addition:Move targeted towards new investors: New feature addition: It has also added a new feature which was by the market. In […] Mit dem von Goldman Sachs unterstützten Circle USDC (USD-Coin) Coin und der Listung des True-USD (TUSD-Token) auf Binance sind zwei neue Stable Coins geplant. In einer von Volatilität geplagten Kryptowelt sollen die an den US-Dollar gebundenen Kryptowährungen Stabilität bieten. In der Kryptowelt, in der hohe Kursschwankungen an der Tagesordnung sind,… Circle Trade – Circle Trade is an over-the-counter crypto trading desk for buying and selling large blocks of bitcoin and other digital assets. Poloniex – Acquired by Circle in February 2018, Poloniex is one of the leading U.S.-based digital asset exchanges. How to Invest in Circle Goldman Sachs’ startup, Circle, has announced that it plans to launch its own crypto. The new currency will be called Circle USD Coin, and it will serve as the US dollar’s digital version. With this currency, users will be capable of paying for pretty much any goods or services that they want. This coin is […]